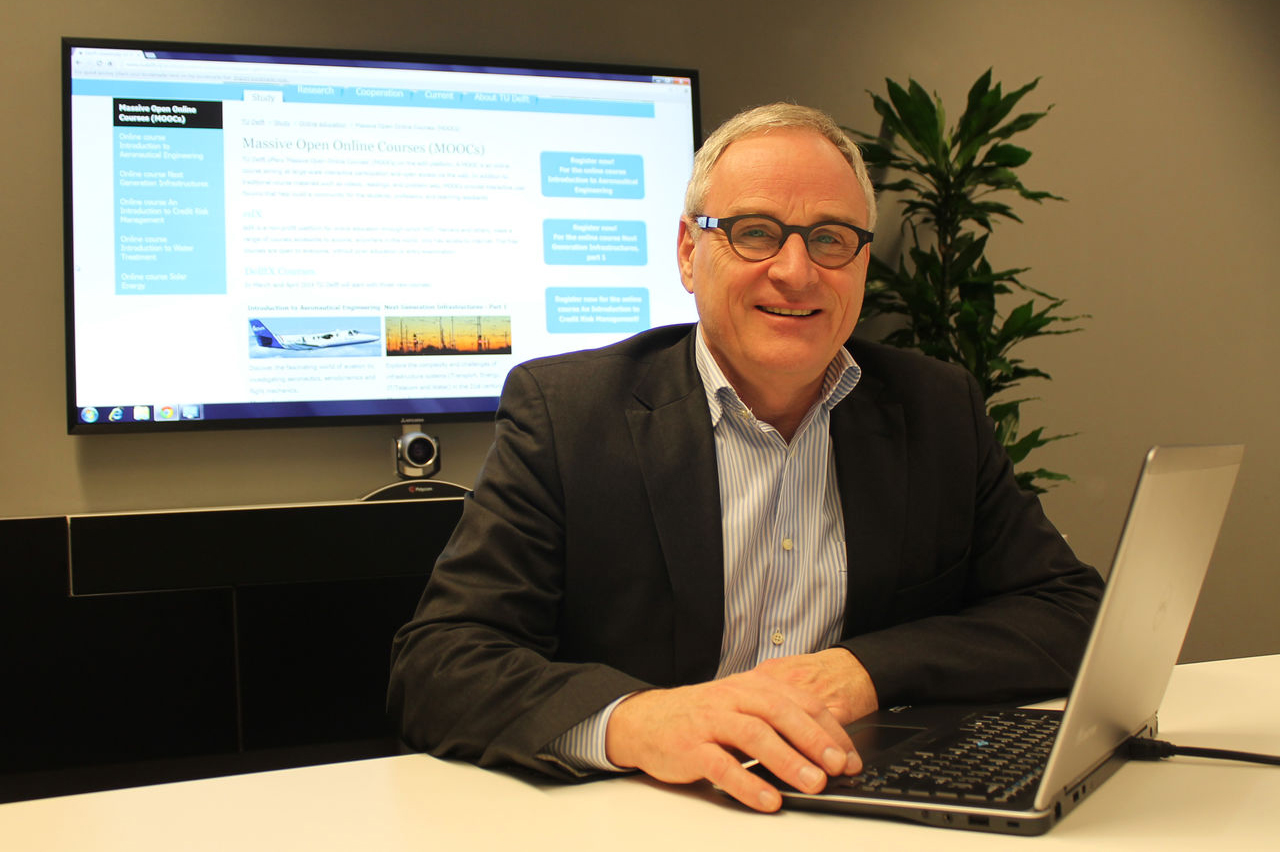 The day before Kingsday there is the traditional moment of royal honours for people in the Netherlands, also known as “lintjesregen”. This year Rob Fastenau was awarded a “lintje” together with three other Delft University of Technology professors.

Professor Rob Fastenau, e-dean and former dean of the faculty of Electrical Engineering, Mathematics and Computer Science (EEMCS) was appointed a Knight of the Order of the Netherlands Lion in a ceremony in Waalre.

Professor Rob Fastenau was knighted for the special way in which he has promoted the modernisation and digitisation of higher education.

Along with his position as dean of a large and complex faculty, Fastenau is the driving force behind the TU Delft Extension School, which aims to make the knowledge gained at TU Delft available for the large groups of people in the world who have no access to standard academic education. Thanks to his efforts, TU Delft is now playing an important role in international online education, including participating in the edX platform along with prominent international universities like MIT, Harvard and Berkeley.

The contribution of Professor Fastenau to educational innovation is not restricted to online education. As a member of the Supervisory Board of Fontys University of Applied Sciences, he has contributed significantly to the recent improvement in quality and identity of this university, and as chair of the Executive Board of the Foundation for Technology Promotion (Stichting Techniekpromotie), he helped make this organisation future-proof.

Fastenau has always been committed to supporting the interaction between industry and knowledge institutions in the Dutch system of innovation, which he did as a member of the Netherlands Academy of Technology and Innovation (AcTI). Fastenau studied physics at TU Delft. After receiving his doctorate in 1982, he started on a career as manager and executive at Philips and the American FEI Company. From 2010 to 2017, he was the dean of the EEMCS faculty.

Leave a reply Click here to cancel the reply

Please send us an email and we'll get back to you, asap.